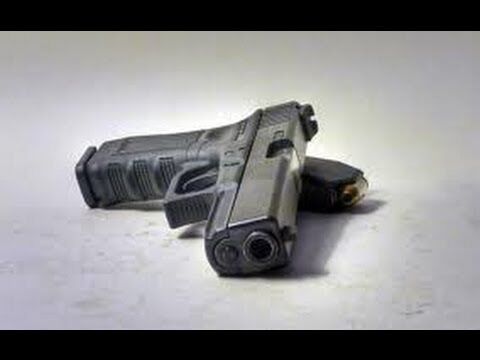 Firearm Safety is essential.   It is not hard to be safe around firearms; it just takes the knowledge of basic safety rules and a little common sense.  There are many variations of safety rules taught by differing organizations but they all encompass the same thoughts and goals.

The following are what is commonly called the four fundamental safety rules.

Treat every weapon as if it were loaded.

This rule is sometimes over-zealously and incorrectly taught as load every firearm.  This is not what it means.  This rule means that no matter what condition you believe the firearm is always act as if it is loaded.  It is generally not possible to tell just by looking if a weapon is loaded.

Never point a weapon at anything you do not intend to shoot.

Firearms are tools.  And like any tool it has a purpose.  A firearm’s purpose is to punch holes in things.  You would never use a saw on something you did not want to cut, or hit something with a sledge hammer that you did not wish to break.  It is the same with a firearm.

Keep your weapon on safe until you are ready to fire.

If your firearm is equipped with an external safety device, never disengage it until you are ready to cause your firearm to discharge a bullet.  There have been many instances where people have disengaged safety devices while their firearm was in the holster and then proceeded to shoot themselves.  Do not turn off a safety device until the firearm is actually pointed at the target.

Keep your finger straight and off the trigger until you intend to fire.

It is also important that there are other rules common to firearm usage, or even specific shooting disciplines.  You may even create other rules as you see fit. Anything that makes you safer with a firearm is acceptable.  Nothing will reduce accidents 100% however, these four rules will greatly increase you safe and enjoyable use of firearms.